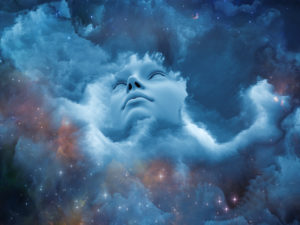 “The Fifth Element” is a show created by Francesca Giordanino for Violin, Cello and Reciting Voice. It was born with the ambitious purpose of sensually involving the viewer and awakening its deep imagination through the use of different artistic forms.
The backbone of the show coincides with the poetic elaborate, written by Francesca Giordanino in quatrains of dodecasyllables in kissed rhyme, which will be declaimed by an actor on the stage; in this way the deeds of the Fifth Element will be narrated, a metaphysical hero who, with the evolution of the mise en scène, will be embodied in the Four Elements that shape our world: Air, Water, Earth and Fire. This plot constitutes the conceptual foundation that gives direction and meaning to the entire representation.
Each poetic intervention will be followed by the musical compositions that will see the violin and the cello as absolute protagonists: the widespread choice of each piece was based on the programmatic qualities of each composition, so that the music itself became a sound incarnation of the element it represents .
As a further creative inspiration, sounds and images concerning each element will be reproduced during the narration of the text: thanks to this, the audience will be able to experience the sensorial parable of the hero’s journey in an even more engaging way.
As the performance proceeds, the spectator will be ferried towards a state of profound suggestion: the evocative atmosphere created by the combination of word, music, image and sound effects will become an indelible source of emotion, a meaningful vivification of that ineffable mystery of which the art has always been an inexplicable lover. 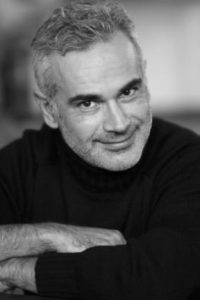 Massimiliano Lotti was born in Rome in 1959. Graduated Actor at the Accademia dei Filodrammatici in Milan in 1984, he has since cultivated professional experiences in the theater, television and dubbing fields, which over the years has become one of his main working activities, making him an appreciated voice the screen. His love for the scene does not keep him away from the theater: over twenty years, starting from the mid-90s, his participation in the productions of the research building Teatro Libero Incontroazione in Palermo, directed by Benno Mazzone, where he tackles classic and contemporary repertoire and works in training for young actors.

Since 2003 he has been producing and interpreting, together with Marco Pagani, the moving and intense ‘Unknown Recipient’, directed by Gabriele Calindri.
He is the narrator and presenter of the musical recital ‘Dreams’, at the Teatro Coccia in Novara, in 2014 and 2016. In 2019 he is in the cast of the theatrical version of ‘The Exorcist’, produced by the Teatro Nuovo in Milan under the direction of Alberto Ferrari.